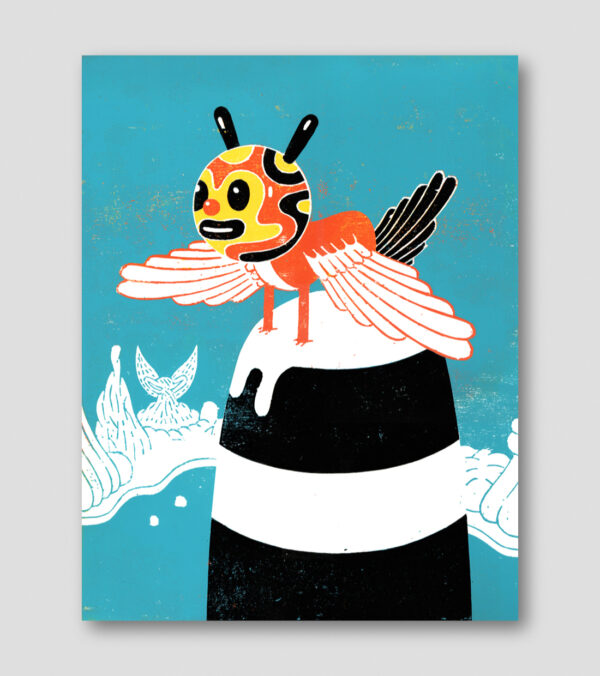 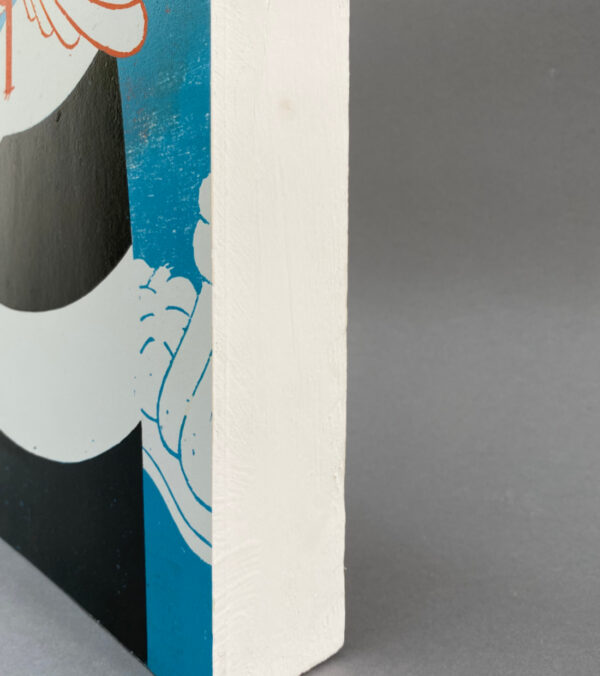 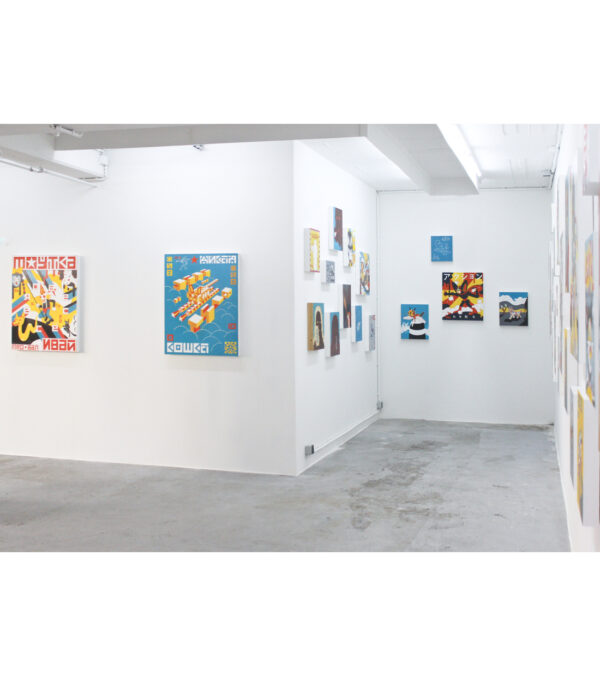 Roman Klonek • Top of the World

Reduced figures, half human half animal, populate the pictures of Roman Klonek. The comic influence is obvious, but it’s not the superhero who tells stories, but rather the unlucky fellow. Cyrillic characters refer to the feeling of being lost in strange places, to the lack of understanding and the mystery that surrounds the signs. Roman Klonek transforms his stories into woodcut. The traditional technique, the physical and sensual experience with the natural material has its own charme for Klonek.